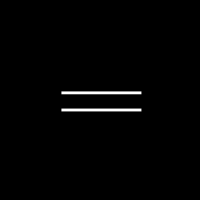 We have owner chef Yoshinobu Harada from Restaurant Harada which is a poplar omakase restaurant in Sydney as our guest chef to chat about "ageing" food. We also have special guests Mr Tsuchiya the Consul of Japan in Sydney, Mr Mogi Managing Director and Ms Saito from Kikkoman Australia Pty Ltd and Mr Ishii from Pyrmont Seafood Pty Ltd.

This time we planned to have more time to chat among attendees compared to our first event.

As a trustee of the event, Hideo Dekura, Goodwill Ambassador for Japanese cuisine, took this opportunity to talk to the younger generation of chefs to pass on his knowledge over discussions.

Our guest chef, Yoshinobu Harada, owner chef of Harada Restaurant, is introducing the style of ageing food over a cooking demonstration.

The attendees were five chefs

Why different colours of each side of fish?

What size would suit for ageing?

What kind of other fish would be suitable for ageing? etc, attendee chefs were very interested in asking these types of questions.

Guest chef Harada as a cooking technique, fishmonger Mr Ishii as an expert of fish and Mr Hideo Dekura as a comparison of generations, answered each question from different perspectives. This resulted in some very interesting conversations in the kitchen over the demonstrations.

There was also proccuito as animal based umami food, dried tomato and kelp salt as plant based umami were prepared to eat with three different type of flathead fish above. Uonuma Hojun Junmai sake supplied by Jun Pacific was also prepared as the recommendation of our guest chef.

It means a lot to pursue Umami as Japanese food culture in mixed multi food culture in Australia. We, as Japanese people, discovered Umami as the fifth taste, and trying to develop umami to a different stage with cooking techniques and processes.   In terms of an opportunity to exchange each chefs knowledge based on their own experiences, this event was incredibly valuable to bring them all together.

“Ageing” as a theme for second chefs’ chat event is the first step to understand what is the ageing fish as a Japanese cooking technique in the Australian market, especially under the local food safety laws. We have to prove the differences between ageing (healthy, tasty and deliberate) and decaying statistically to ensure legal compliance. Compared to meat, ageing fish (which is valued and almost always eaten fresh) presents an extra hurdle to prove that the process is safe and healthy.

The exciting part of the event was once again seeing that we have a chance to invite related professionals to chat about a special Japanese cooking technique “ageing fish” . Over time we hope to expand its  acceptance Australia  and at the same time  improve each chefs cooking knowledge and technique.

Please let us know by email to info@sdmarketingglobal.com if you have any enquiries.

Back to Events index
Menu